[dropcap]A[/dropcap]n exhibition of writers whose works have been banned or threatened with censorship is currently taking place at the Seminole Lake Mary and Oviedo campuses of the college.  According to Dr. Hatem Akil, Director, Read to Succeed Quality Enhancement Plan (QEP), the weeklong event is designed to draw awareness to the importance of intellectual freedom and the dangers of censorship: issues that are current, urgent and deserve to be treated as serious matters that affect everyone’s life.

“It’s put out by the American Library Association. They say “here’s a list of 10 books that were challenged last year,” Akil said. “Challenged” in this instance, according to Akil, means that “somebody actually lodged a formal complaint with or somebody important had said it’s morally unacceptable, politically unacceptable.”

One of the highlights of the activities commemorating the banned books week is a presentation by Dunya Mikhail, a poet who is a Winner of the UN Human Rights Award for Freedom of Writing and the PEN Translator Award. Mikhail, who was previously short listed for the Griffin Poetry Prize, has had her work banned by the regime of Saddam Hussein in Iraq.

According to Akil, “she is a clear example of a person who is basically exiled because of her writing. She has fantastic poetry, and she continues to win awards. So I think it will be great to listen to her story. The idea is to show that these things are not Huckleberry Fin. These are real people, living with us now.”

Another major event billed for the week is the Read-Aloud Chain, which is an uninterrupted chain of reading of about eight hours. Speaking on the nature of this event, Akil said: “We are going to read banned books, and we will read them for the whole day. We will take turns. People can read for about 15 minutes, and we will read the banned parts from each book.”

A banned books film adaptation screening is a program that is one of the features of the week. Although Akil keeps the list of films close to his heart, yet he was eager to reveal the titles of some of the books that are on the banned books list: “Last year’s list included somewhere from The Bible to Fifty Shades of Grey. Somebody complained about these books, so we call them a challenged book” 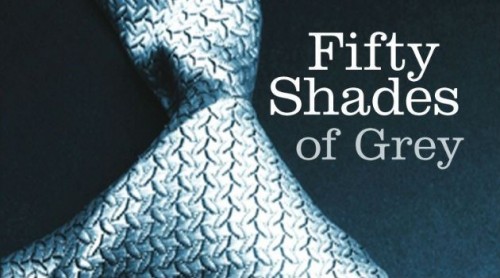 Hatem further said: “The whole concept of banned books is being promoted as a ‘cute’ thing. The American Library Association does it in a very ‘cutest’ way by saying ‘oh Dr. Seuss is on the list, Huckleberry Fin is on the list, and The Bible is on the list! So, basically, this approach gives the idea that banned books are cute. So, now, we are celebrating the idea that Dr. Seuss was banned, and Animal Farm was banned as if it were something that happened a long time ago.”

In spite of this jolly atmosphere that permeates the celebration, Akil points out the ugly underbelly of censorship: “This is a real problem. There are people in jail, today, who actually were in prison two weeks ago, because of their writing. What we’re doing this year with this celebration is to say that we want to bring this current issue to students and faculty now, and say this is not something that’s cute, this is something that is serious, that affects real people, and is affecting real people today! That is where the exhibition comes from. We feature ten people who have been threatened, or jailed, even banned in there countries because of their writing.”

Tragic Is the magic as Orlando franchise offloads Oladipo