How to Eat on a College Student’s Budget

[dropcap]T[/dropcap]he Harvard School of Public Health (HSPH), a few years ago, conducted a research on the cost of a healthy diet compared to an unhealthy diet.  In the study, researchers found out that the healthiest diets are about $1.50 more expensive per day than the least healthy diets.

However, with ballooning expenses that a student makes such as tuition, housing, and transportation costs, not to mention those expensive textbooks required for passing classes, life as a student gets pretty costly. As a result, healthy diets may take a back seat while junk food reigns. But the world is awash with slogans on healthy eating habits and campaigns promoting “gluten free” and “100% organic” offerings. Isn’t the price tag scary for these elite foods?

So, how can a college student eat healthy on a budget?

Locally grown produce typically sold by local farmer markets are usually less expensive than fruits and vegetables labeled as organic that are sold in chain supermarkets.  And, according to the market research group Mintel, because of the price difference, many people are beginning to purchase their produce from local markets where prices would be much cheaper since the costs of mass distribution are cut.  You can also bargain with local farmers to get a better price!

Time is Money and Money is Time!

A research published by the Society of Teachers of Family Medicine in 2010 showed that a single mother of one feeding her family a healthy diet would spend an average of $5,019 yearly, and that the same woman feeding her family a diet of convenience (fast foods) would spend an average of $10,298 yearly!  This is nearly twice as much as the healthy diet model!  But, as a college student, as your schedules become pretty hectic, you seem to have less and less time to cook your own meals; so, what gives? You resort to convenient meals like ramen noodles, take out, and TV dinners. 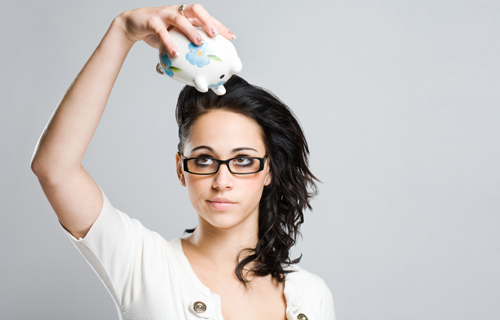 meals for) the hard work has already been taken care of and now the only thing left to do is to grab a previously prepped meal out of the fridge, heat it up within three minutes, and enjoy your meal!

According to a report done in 2012 by the National Resources Defense Council, the average American family of four tosses out anywhere from $1,365 to $2,275 in food! Try planning your meals ahead of time so that you won’t buy perishables when they are not needed. This will prevent you from having to throw away food that has gone bad.

Also, different methods can be used to preserve food longer; for example, placing bananas in the fridge and wrapping plastic wrap around the stem will keep the bananas fresh longer. Even separating fruits into snack sized bags and freezing them so that they don’t spoil too soon is some practice worth trying.  It is good sense buying frozen vegetables instead of fresh ones.  Anything frozen may not be as healthy as fresh foods, but it definitely saves you money by lasting longer.

Spring Style is Ever Chic