[dropcap]K[/dropcap]now election 2016. What will you mark off on your ballot? So far most have decided, yet there are still a few undecided between Trump(R) and Clinton(D). Then, you have people who will vote Johnson(I), Stein(G), or other.

In 2016, Florida has 29 electoral votes, Trump or Hillary will win with 207 out of the 538 vote. The past two presidential elections, Florida got the Democratic vote by the skin of its teeth. Let us not forget, there people lining up in the streets still waiting to vote even after polls were closed.

Educate yourself. Know that on the ballots before voting, and you wont hold the lines up. 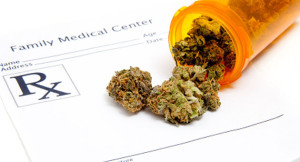 Amendment 2, Medical Marijuana Legalization. In 2014, the majority of Florida voters voted “Yes” on this bill, and it did not pass because you need 60% of the vote, and there was only  a little below 58%.

Voting “Yes” on Amendment 2 will allow doctors to prescribe medical marijuana to those who have certain chronic conditions, such as: Cancer, (HIV), Glaucoma, (PTSD), Epilepsy, Crohn’s disease, just to name a few. Just because this law passes it will not affect illegal possession of the drug, because federal law still dictates over state law.

Also, amendments 3 and 5 are tax for breaks for disabled first responders, and for eligible senior citizens. Amendment 3, is targeted toward those first responders who have sustained a permanent injury in the line of duty.  Voting “Yes” on amendment 5 gives property tax breaks to seniors whose homes value less than $250,000, and the individual will have had to reside in the home for at least 25 years.

Early voting and absentee ballots are very convenient ways to vote. If you live in Seminole County your supervisor of elections is Michael Ertel. Email Elections@VoteSeminole.org and request one by mail.   Also, if you for some reason do not like the idea of mailing in your ballot, early voting started this year on October 24th and will end November 6th and polls will be open from 7 a.m. to 7 p.m. every day. For more information and locations, you can call (407)585-VOTE (8683)

The Rape Case Of Derrick Rose